Will of Margaret Oakley Jandrell 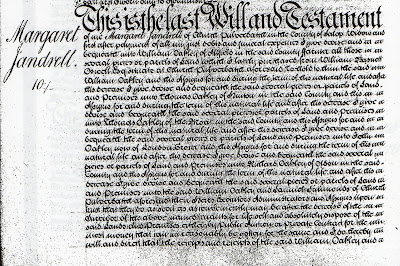 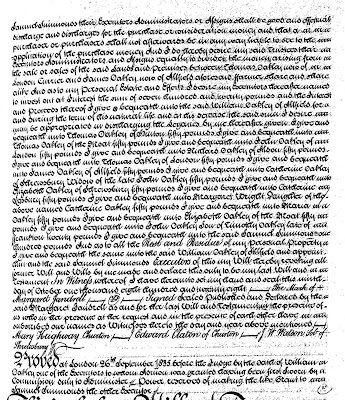 Above is a copy of the will of Margaret Oakley Jandrell,daughter of Richard Oakley and Margaret Meyrick and only sister of my g-g-g-g grandfather, John Oakley. Briefly, the will can be summarised as follows:

The rest and residue of my personal property to William Oakley of Allfield.
Written: October 9, 1828.
Proved: September 26, 1835.

NOTE: Allfield was a farm about one mile North east of Condover. Hinton was a township in the parish of Pontesbury, six miles south west of Shrewsbury.
Posted by Sherro46 at 5:15 AM