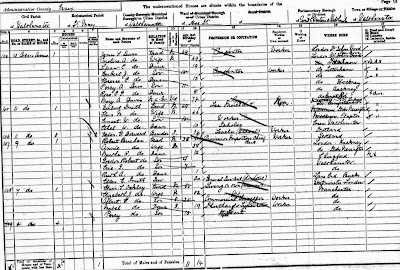 Not much is known about Edwin and his family in the twentieth century.I am descended from his second son, Harry Meabry Oakley, and I don't think Harry ever fully reconciled with his father. There is no correspondence between the two amongst family records- in fact, no evidence at all that Harry maintained contact with any of his family remaining in England.His sons, Gordon and Norman, were aware that their father had two half-siblings, Albert and Mabel, but there was no mention at all of Edwin's youngest child, Percy Oakley. I was very surprised when he first turned up on a census return, and would love to know what his life story was.
Some correspondence must have crossed the oceans between England and Australia, because we have in our collection two copies of a photograph of Edwin Thomas Oakley and his dog Peter in the garden of his home at 13 Park Road, Richmond Hill, Surrey, and two small black and white photos, one of Harry's half-brother Albert Oakley and another of his son, Peter.
I would dearly love to get in contact with these 'lost' Oakley relatives, although I'm sure that they view us as the lost' Australian Oakleys.Sadly, the name has died out now in Australia with the death of my grandfather and his brother Gordon in 1999 and 2000.
Posted by Sherro46 at 6:49 PM